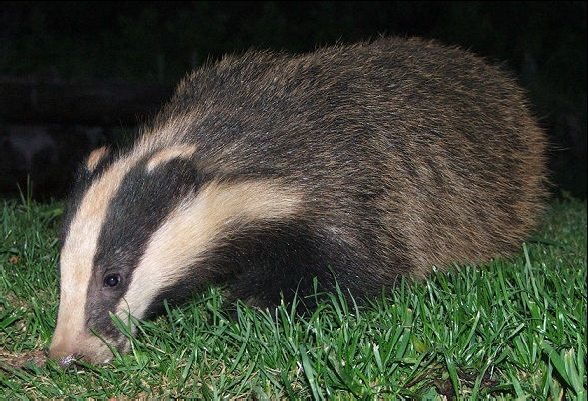 Widespread throughout the county, common in many areas and has apparently increased in recent decades. Badgers are most often associated with woodland or hedgerows but setts are quite often found in open dale sides or fields in the White Peak. They are rare or absent on high moorlands but do occur on the moorland edge and setts are known up to at least 350m. They also avoid wetlands, where sett construction is difficult. Reddish or gingery-coloured (erythristic) individuals are sometimes seen. Many records come from badgers killed on the roads, which represents a major cause of mortality. Badger digging and other forms of persecution remain a problem in some places. Four Badger Groups cover the county (High Peak, Mid-Derbyshire, Northeast Derbyshire, South Derbyshire).
[old local name: boson]