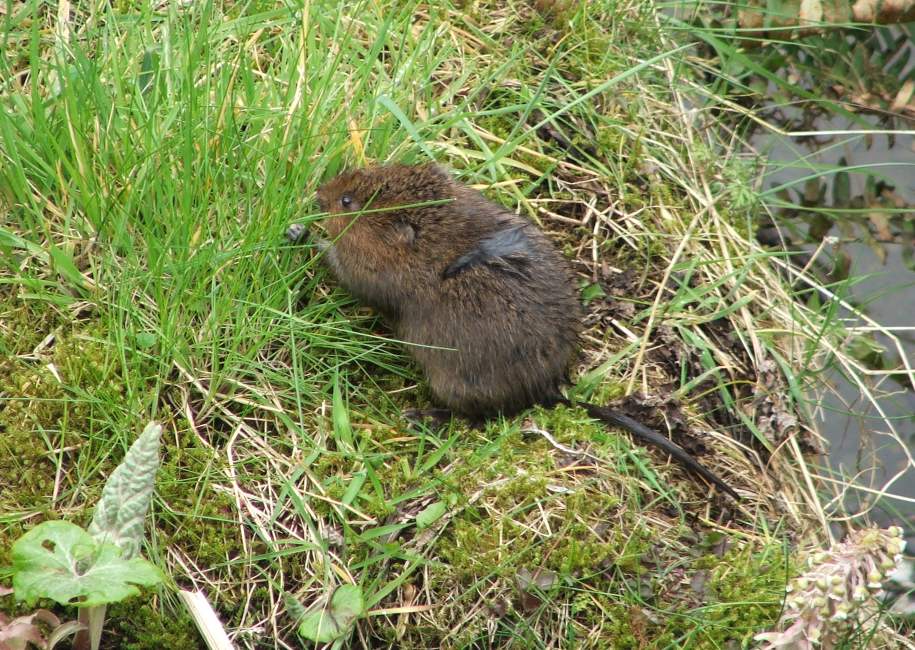 Formerly common and widespread on waterways everywhere. Declined throughout the 20th century and a further sharp decline occurred from about 1980, due at least in part to mink predation. A Derbyshire Wildlife Trust survey 1997-1999 showed that around 45% of historical sites in the county had been lost, but also revealed a large number of new sites, including many small populations on the Peak District moors where they have been shown to occur up to 571m (Perkins & Mallon 1999). Subsequent and ongoing survey work shows a similar pattern of known sites lost and smaller numbers of new sites discovered, but the overall trend is downwards and further spread of mink is likely to pose a threat. Water voles are currently more or less completely absent from the Goyt catchment in the NW and much of the Trent in the south but are present elsewhere in varying numbers. A programme of monitoring, surveying and provision of advice to landowners is co-ordinated by DWT’s Water Vole officer. Water vole remains have been commonly found in large numbers in excavations of barrows and other archaeological sites in Derbyshire, suggesting that they formerly occurred much more widely in terrestrial habitats, as they still do in continental Europe today.