Weasel Mustela nivalis
STATUS : Widespread and seen in a range of habitats. 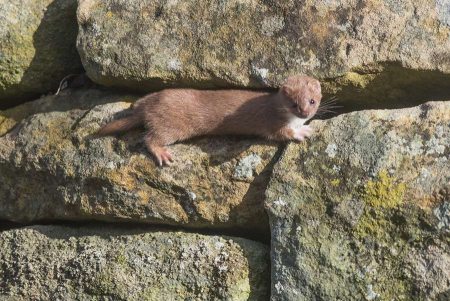 Widespread throughout the county and occur in a range of habitats. Weasels are more common than stoats in suburban areas but apparently less common on moorlands. Numbers probably depend in part on field vole numbers. Smaller than the stoat and with a proportionately shorter tail but distinguished for certain by the lack of a black tip.