This was a joint initiative between Derbyshire Mammal Group and Severn Trent Water. The project aimed to collect data on all mammal species around Carsington Water. Data will increase our information on mammals in Derbyshire and help STW to manage the site to benefit native mammal species. 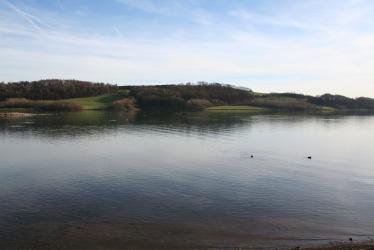 Ben Young, Ranger at Carsington Water wrote at the time...

'Carsington Water is Severn Trent Water's flagship visitor site and a haven for biodiversity. However, relatively little is known about its mammal populations. Even a question as simple as 'which mammals are found at Carsington Water?' cannot be answered with accuracy, as few historical records exist and no co-ordinated surveying, monitoring or recording has been carried out since the site opened. This poses a number of questions for Severn Trent Water in terms of habitat creation, development and ongoing management for mammals, which the Carsington Mammal Project is looking to answer.'

It was intended that the project be wide-ranging and comprehensive and thus it had several aims. The initial aim was to confirm which mammal species are present and where. This information will then be used in the long-term to:

Inform and tailor ongoing management, both to benefit existing mammal populations and to encourage colonisation by mammal species not yet present; 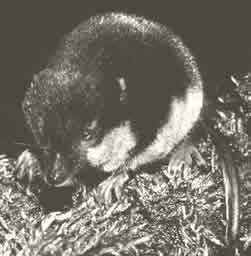 Act as a baseline from which to monitor the impacts of specific management practices on mammal populations.

This project tied in with and complements other mammal related studies and work being carried out at Carsington Water, for example with the Derbyshire Bat Consevation Group, as well as tying in with national studies being undertaken by The Mammal Society, for example, the Water Shrew survey.

It  also used a number of innovative techniques for trapping and monitoring mammals, including mink rafts and baited water shrew tubes, as well as the more traditional Longworth Traps.

In Jul 2014, the 2014 Carsington Mammal Project was launched. The project was initiated to update the mammal records from the 2004 project. The initial project recorded 28 different mammal species, the 2014 list being 31 species. The list for 2014 confirmed the presence of polecat and polecat-ferret, as well as otter and soprano and Nathuisus’ Pipistrelle. The Derbyshire Bat Conservation Group undertook a number of survey sessions at Carsington Water as part of the National Nathuisus’ Pipistrelle Project. In addition, common shrew, pygmy shrew and water shrew were caught in a small mammal trapping session in May before the project officially launched.