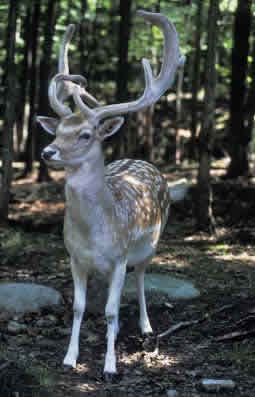 Fallow deer have been recorded in Derbyshire in distinct herds in parks as well as in the wider countryside.

During the rut (September to November) the pig-like grunts of the males can be heard. The noise is not as loud as that of the red deer. 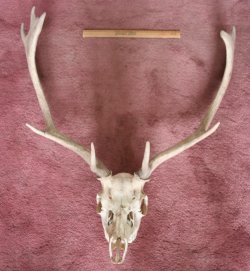 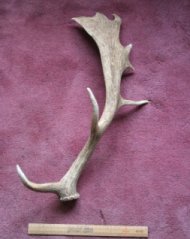 Males lose their antlers after the rut and these sometimes can be found lying on the ground. They are broad and flattened in shape.

Fallow deer droppings are black in colour when fresh and have a cylindrical shape with a point at one end and a dimple at the other.