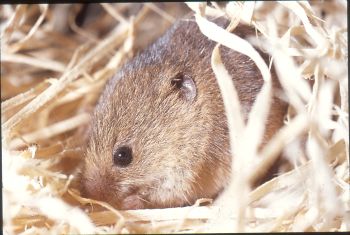 Harvest mice are rarely seen but easily recognised. Presence is most easily confirmed by the characteristic summer nests. 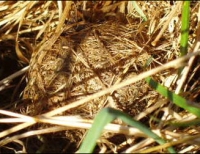 Field Vole nests are often larger, are not woven into grass stalks and tend to be more amorphous in shape.

Non-breeding nests are smaller and often more elongated. In tall grasses, nests are sited in the stalk zone. In tussocky grasses they are usually sited at the base of the tussock or occasionally on the side. 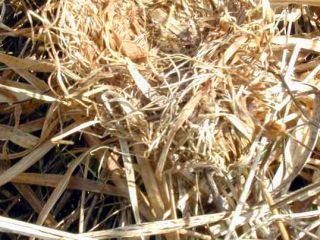 Some birds' nests may also be woven into grass stems but consist of an open cup rather than a closed ball.