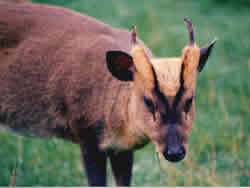 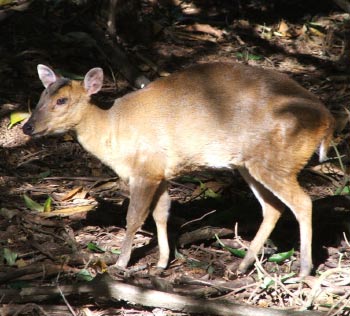 Muntjac deer are recorded in broadleaved woodland where they can appear to go unnoticed.

They are most active at dusk and dawn.

During the rut (mid July to August) males can be heard 'barking.' 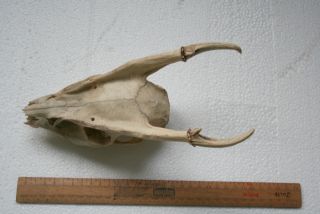 Muntjac lose their antlers after the rut which can sometimes be found on the ground.

They are relatively short compared to the fallow and red deer and are unbranched ending in a single pointing backwards away from the face.

Muntjac deer droppings are black in colour when fresh and have cylinder shape with a point at one end and a dimple at the other.